“Although much of the ‘colonial charm’ has now been replaced by the locals’ charm, and for good reasons, Murree remains a station where we can still close our eyes and as the student says, picture yourself  in the hills, listening to the morning bird, feeling the crisp pine breeze and soaking the gentle sunshine.”

As I walked the mall road, the center of all attention today but once restricted for the locals, I was stumbled upon a strange air, a feeling mixed with the colonial nostalgia and today’s hustle and bustle, that was nowhere else to be found, or should be found.

Murree was, in fact, the only town founded during the colonial era that became part of Pakistan after the partition. Calcutta (now Kolkata), another big metropolitan city founded by the British, became part of India after a small dent by Mr. Redcliffe on the map.

But politics aside, the ‘colonial charm’ Murree holds, as referred by the local elites here who inherited the outsider’s legacy after their departure, still hides deep in the woods, invisible to most eyes.

The town has gone through a tremendous change in recent years, mostly after the partition when new settlers started to arrive and turn the beautiful town into a business hub.

Though difficult, it is believed the town still holds to some of its values that became its founding bases, to entertain the ruling powers with quality and nature, far from their homes.

As we walk the Jinnah Road, originally known as Mall Road and still commonly referred to as “The Mall,” bursting with resorts and shops, just left to the GPO — a local landmark today — goes a small street where about a century-old stone structure resides, now home to the National Bank of Pakistan.

From there our journey continues, coming across all the colonial resorts including Bright land, Cecil and Lockwood Hotel.

Apart from these resorts, Murree also never forgot its chapels and cemeteries. To date, there are a number of Chapels still to be found as if they were built yesterday. The Holy Trinity Church (1857), Jesus & Mary Convent Chapel (1876), The Garrison Church Gharial (now turned into an indoor basketball court) (1909), Lawrence College Chapel (1860) and St. Denys’ high school Chapel (1882) to name some.

Things had been different during the Raj. The town of Murree, as mentioned before, was restricted for the locals. It was an elite town where the whites gathered and discussed how to rule India over few bottles of scotch.

The summer capital of British Empire later transferred to Shimla, now in India, but core purpose these towns severed never changed, even after the partition.

Murree and Shimla both remained a second home for the ruling elites of India and Pakistan even after the Englishmen’s departure. Much of colonial resorts, golf clubs, and grounds, like most of the colonial assets, were taken over by the military after the independence.

While colonial schools and chapels continued to serve the ruling elites and, like almost all prestigious colleges in both nation, still running on the English patterns, cut off from the outside world.

An alumnus of St. Denys’ High Boarding School, Murree recalls her days in such words:

Till the year 1999 (before the army’s coup) it was routine for English language and music teachers to volunteer from England at St. Denys’ High which was built on Tonley estate, a panoramic mountain facing the Himalayan ridges.

The school environs were much like a fantasy land plucked out of a C.S. Lewis novel. Ivy covered Tudor-revivalist buildings changed colors with seasons.

In summer the young ivy made the building a verdant green. The coming of autumn draped the grey stone walls in crimson, matching its tin roof while the wintery sheets of snow lent a similar glow to students’ faces.

Spring enticed the flying squirrels nestled in the building’s wooden ceilings to fly across from one end to another, co-existing peacefully with around three hundred girls.

Every classroom, every dormitory had windows opening either in the wild pastures frequented by monkeys, foxes, and cattle or facing the main entrance of the school lined with chestnut, oak, maple, pine, fir, pear, and apricot trees. Who could imagine a school so natural, so serene and green?

Spring enticed the flying squirrels nestled in the building’s wooden ceilings to fly across from one end to another, co-existing peacefully with around three hundred girls.

Murree Hills has been my second home since the age of five when I was admitted to St. Denys’ High Boarding School at the scenic Kashmir Point.

St. Denys’ High was the first Anglican Protestant School established in the sub-continent for British girls by Reverend Valpy French in 1882. The sisterhood of Saint Denys, a patron Saint in France, administered the school in its initial years.

The boarding occupied the upper floor of the building, lined with wooden floors that creaked softly even when no one was walking.

Each morning, I remember waking up around 5:40 a.m. by the morning song of the blackbird in the woods and lie in bed picturing it till the official 6:30 am wake up bell was rung by the matron walking across the boarding halls with a small copper bell.

Miles and months away from families most kids looked happy. Everyone knew everyone. I cannot recall unnecessary noise coming from any part of the school, as if we all cherished the pleasantness of silence in our childhood. Teachers, matrons, serving waiters, ayahs were all given respect. The principal was the last word. She barely had to speak and Chapel at St. Denys’ High we understood where we had gone wrong.

Discipline and mannerisms (including a perfect gait for a girl and tidy disposition) were checked daily in the morning assembly.

The food was nourishing. Warm milk, bread, and butter, treacle made with jaggery, freshly made peanut butter (never tasted anything like it elsewhere!) waited for us in the dining halls for breakfast. Spaghetti served with buns and cutlets, red beans with brown bread, cookies after supper; these meals at St. Denys’ were so wholesome that almost every other boarding girl had red, flushed cheeks!

Things had been different during the British rule. Back then only British girls were students there, but a few orphans (from military families) did manage to get admission there but did not get a meal as easily as the other girls paying for them.

A walk up Kashmir point has a large rock near the Fir Hill rest house, inscribed with a small aphorism by an old student of St. Denys’. It reads:

“Happy is the man and happy is he alone who has command over one meal a day.”

Music was a very important element at the school. Every morning the students used to gather for assembly with a music teacher (usually come from England) playing the piano and some senior student playing flutes along with her. Singing hymns and songs each morning we began the daily lessons.

Studies were not as dogged as we witness around commercial schools today. With more focus on the teaching of English, Science, and Mathematics in a simple, uncomplicated manner.

Nature walks, music lessons, dramatics, physical education (gymnastics, baseball, and badminton were a part of the daily school curriculum (with no extra fee!) I spent around ten and a half years in this encapsulated bliss.

Although this bubbled existence came to end with the starting of college in Lahore with ranting traffic on Jail Road, my association with Murree never ceased. Every time the mind requires soothing, I picture myself in the Hills, listening to the morning bird, feeling the crisp pine breeze and soaking the gentle sunshine.

Back to the Mall Road, where a roadside stall sells chicken corn soup to the tourists.

Although much of the ‘colonial charm’ has now been replaced by the locals’ charm, and for good reasons, Murree remains a station where we can still close our eyes and as the student says, picture yourself in the hills, listening to the morning bird, feeling the crisp pine breeze and soaking the gentle sunshine.

It remains a place to recall our colonial past, with a desire to realize the actual meaning of freedom, and being close to its nature. 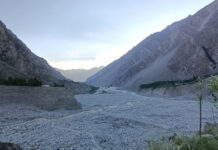 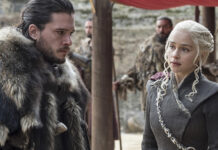 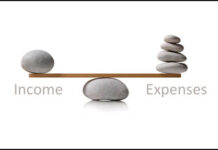 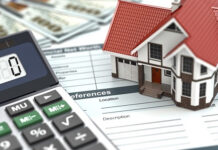 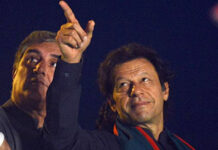 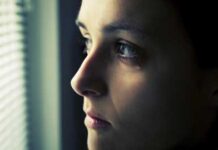