India is in the grip of the horrendous wave of COVID-19 that has seen the country pass 18 million infectious cases creating world record number of daily infections putting the vast country in a spin making the country a virtual graveyard.

India reported 379,257 new infections and 3,645 new deaths and these data showed the highest number of fatalities in a single day since the start of the pandemic. The current position is that the world’s second most populous nation deeply mired in crisis with hospitals and morgues overwhelmed.

Each day, thousands of Indians search frantically for hospital beds and life-saving oxygen for sick relatives, using social media apps and personal contacts. Hospital beds that become available, especially in ICUs are snapped up in minutes.

Hotels and railway coaches have been converted into critical care facilities to make up for the shortage of hospital beds.

The main issue is the availability of actual figures as the Indian official description is usually not held credible, a problem common to the developing countries. In this context, medical experts believe India’s true COVID-19 numbers may be five to 10 times greater than the official tally. In respect of vaccination, however, it is reported that only about 9% of India’s population of about 1.4 billion has received a dose since the vaccination campaign began in January.

Prime Minister Narendra Modi has been criticised for allowing massive political rallies and religious festivals which have been super-spreader events in recent weeks.

There are loud clamours about the rampant killer virus and people are now asking for a full and honest account of what led more than a billion people into a catastrophe.

It is widely held that the BJP government tremendously miscalculated the situation and it wasted a crucial stretch of time between September and February when COVID-19 cases in India defied global trends, falling sharply throughout the coldest months of the year.

India escaping the wrath of the virus was inexplicable with many attributing this remission due to the hot weather of the country. It was also conjectured that the child immunisation regime given to children was responsible for holding back the virus. It was also mentioned that somehow India achieved the herd immunity and this tantalising idea took hold in India’s highest circles of policymaking, media and science – even a government-commissioned study suggested herd immunity may indeed have been achieved.

This self-effacing assessment proved one of the most fatal miscalculations of the pandemic with devastating consequences. The virus, however, had other designs and it viciously attacked the unsuspecting Indians.

The reasons proffered for this cruel turnaround are the cycle of election that tempted the Modi regime to go full throttle and the large Kumbh Mela that was almost officially supported by the extreme right wing BJP government headed by a yogi in large Indian state of UP.

Now even the senior officials acknowledge that a gross mistake has been committed for which an extremely high price has been paid. The famed Indian author Arundhati Roy termed the situation as a crime against humanity and is exasperated by the self-absorbed and callous actions taken by Modi regime.

It is, however, conceded that an outbreak the size of India’s second wave, apparently fuelled by COVID-19 variants that appear to be more infectious than earlier strains, would have overwhelmed most public health systems let alone the creaky healthcare system of India but public health experts, including some involved in advising the government, say the scale of India’s current outbreak was also partly manmade, the result of a feeling of exceptionalism that emanated from the top of the Indian government and rippled across society, leading to countless administrative and personal decisions that, within a few months, would prove disastrous.

Consequently, India went into full-blown celebratory mode and Modi started giving lectures to many countries about the issue.

Alongside warnings that people should maintain precautions, governments at all levels relaxed restrictions, allowed massive social events to resume and pressed ahead with raucous electioneering, confident the continued circulation of the virus in states such as Kerala or Maharashtra were the dying embers of the virus, not evidence of the sparks that would ignite a second firestorm.

There was a lot of mixed messaging coming through which made people very complacent.

It is reported that given India’s youthful population, COVID-19 death rates were expected to be smaller than elsewhere but official numbers during the first wave were exceptionally low. In Karnataka, for instance, a state with a similar population to France, many studies mentioned that nearly half of the people were infected by August yet the state’s death toll was about 12,000 last year, compared with the more than 60,000 people who died from the virus in France over the same period.

The belief that India may have shaken off COVID-19 for good was bolstered by some scientists as they claimed that India may have already reached herd immunity. It was part of a stream of scientific advice flowing to the government, including more critical views warning there were still hundreds of millions of susceptible Indians and that future strains of the virus could be more aggressive as they had been in Europe and the US. The Indian economy had started to rise after a slump and the people heard what they wanted to hear and believed it.

The politicians wanted to get back to their business, which is local elections and campaigning, the sportsmen wanted to get back to cricket tournaments and there was an all-round acceptance of the positive tidings. By late February, with official caseloads dwindling, life in India had been allowed to return to something close to normal as shopping malls became busy and cricket re-emerged on the national scene.

Despite warnings in November by an Indian parliamentary committee that the number of beds in government hospitals was abysmally low, four temporary hospitals in Delhimwere dismantled. Between 11 January and 15 April, the country’s national scientific taskforce on COVID-19, which advised on quarantine policies and testing and treatment protocols, did not hold a single meeting.

In West Bengal, a state considered a prize for Modi’s ruling BJP, India’s election commission overruled opposition parties and gave permission for the country’s longest-ever regional election campaign, along with elections in four other states and territories.

Modi himself boasted of the size of the crowds he would address in the weeks to come. By the beginning of this week, West Bengal had the fastest growing virus infections yet the voting went ahead anyway. 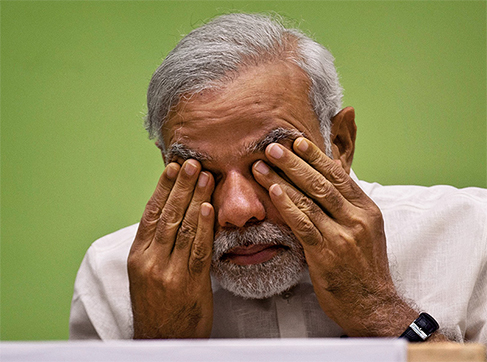 Approval was also given for the Kumbh Mela, a religious festival drew millions of Hindu pilgrims and this act was primarily geared to seek to give primacy to India’s Hindu heritage. Indian holy men make their way to take a holy dip in the Ganges River during the Kumbh Mela and all pilgrims carried the virus home. Despite having almost a year to build vaccine infrastructure to reach Indian adults, the rollout started slowly though the government trumpeted vaccine giveaways to rival China’s influence in South Asia, while getting its hands on fewer than a hundred of the doses required to vaccinate India, counting on securing the rest later as younger groups become eligible for shots.

The hashtag #ModiMustResign is trending on social media.

Some of the memes and illustrations show Modi with a heap of skulls peeping out from behind the curtain of his beard. Modi the Messiah speaking at a public rally of corpses. Modi is now perceived to be the man with no feelings, the man with empty eyes and a mirthless smile and that, like so many tyrants in the past, arouse passionate feelings in others. 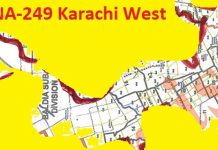 Here’s All You Need To Know 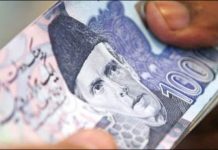 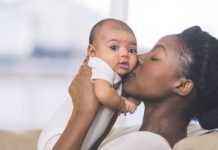 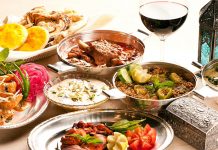 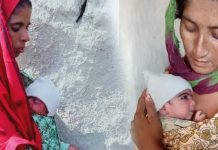 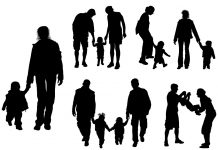